At Stactically we are proud to announce that we have included the Qatar Stars League in our database in order to offer our advanced analytics and data processing services to clubs from the Asian country.

We are proud to be able to count on the possibility of collaborating with clubs in this league since we believe that it is a competition in an upward dynamic in which the clubs are not only focused on signing experienced players from various European leagues but they are also investing in raising young talents.

Our services can help any team in this league to take a step forward by delegating their data analysis tasks to us. 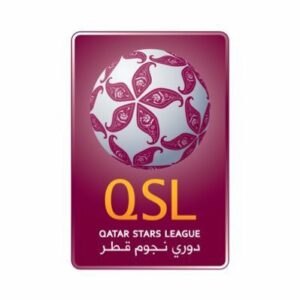 To celebrate this announcement, at Stactically we have decided to carry out an experiment in which the main objective is to design an ideal 11 full of players with a market value less than $ 1.5 Million (market value determined by Transfermarkt). To develop this experiment we have relied on certain parameters and metrics specifically designed by us in order to weigh the options we have in each position.

This experiment has three essential conditions to be able to design the ideal 11 “Low cost”.

a) Each chosen player cannot be worth more than $ 1.5 Million.

b) This ideal 11 should have at least 1 future prospect with great potential. The player must be under 23 years of age.

c) ALL players except the young prospect must have played more than 500 minutes in the competition so far.

ABOUT THE QATAR STARS LEAGUE

The Qatar Stars League (QSL) is the most important football competition in the  country. It is made up of 12 teams and the current champion is Al-Sadd.

The league is currently known for having players such as Raúl González, Juninho Pernanbucano, Mario Mandzukic … At the moment, other footballers of great reputation such as Santi Cazorla among many others, participate in this league.

The beginning of this league has left us some curious data that can be useful to give us an idea on how the teams are performing this season.
XG (EXPECTED GOALS)
The XG or “Expected Goals” is a metric that we, the analysts, use to measure the effectiveness that a team can have offensively. It is a very advanced metric that measures the quality of the shots that the different players of each teams take.Depending on the situation of the shot, a different value is given. For example, a goal at the height of the penalty spot does not have the same value as a shot that goes in with hardly any angle. In this facet, the team that stands out the most is Xavi Hernández’s AL SADD with an XG index of 36.09 followed by Al Duhail that marks an index of 24.65

*XG data provided by Stactically
FORM
It is essential to analyse the form of each team in the last 6 games since at this point of the season  there are teams that put one more gear and others are more prone to slow down. In this aspect, as you can imagine, Al Sadd is the team that shows the best form with an average of 2.67 PPG (Points Per Game) in the last 6 games. Even so, the team that we would highlight in this regard is Al-Arabi, which averages 2.33 PPG in the last 6 games and has come back several positions after a not so good start, placing 6th at the moment. 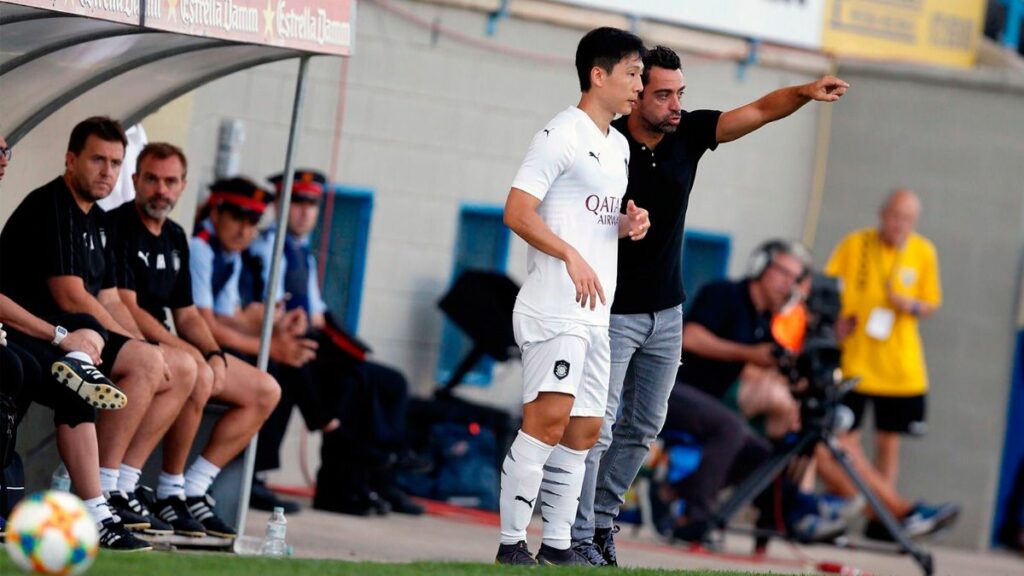 The CS percentagel is a very simple measure that helps us to study the defensive aspect of the teams throughout the season. In this section we can observe that the team with the highest % of matches with an unbeaten goal is Al Ahli SC Doha, which has kept a clean sheet on the 44% of the games they have played, although it is at the same time one of the teams that greater amount of goals tends to receive in case of defeat, Its goalkeepers have been Ivanildo Rodrigues and Yazam Naim, with Ivanildo being usually the starting goalkeeper. 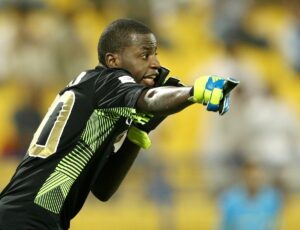 Let´s remember the conditions of the experiment.

a) Market value less than $ 1.5 million on Transfermarkt.

c) All the players except the young talent must have played at least 500 minutes so far this season.

We have designed some parameters in order to analyse the productivity of each player depending on their position. To choose the goalkeeper and the center-backs, we have relied on purely defensive aspects, although to define the full-backs positions we have added some offensive factors that can be key to their productivity index.

26-year-old goalkeeper who has kept a clean sheet on the %33 of his time on the field, conceding an average 0.67 goals per 90 minutes. 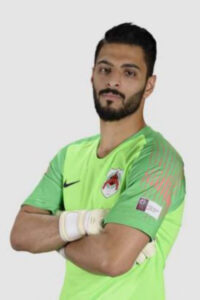 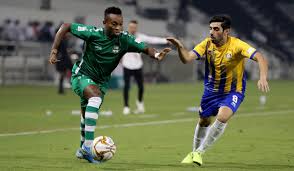 At only 24 years old, he is one of the best full-backs in the championship, he has distributed 3 assists so far in the league and is among the players with highest performance index both offensively and defensively. 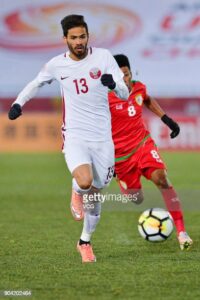 The Qatar International is the key defensive player for the leader, Al Sadd. His team concedes an average of 0.66 goals per game when he is on the field. He has given 2 assists this season. 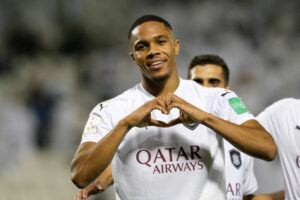 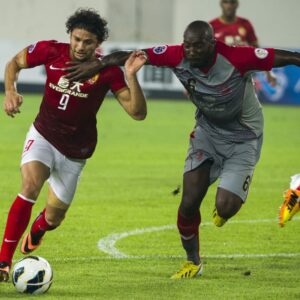 In this section we have taken different parameters mixing different “datapoints” in order to achieve the “offensive productivity index” that helps us determine the influence that different players have on the attack comparing them with the rest of the players in the same league. In this section, we have decided to choose these players:

Midfielder with good ball control and great ability to add something positive in the attack. He has helped Qatar SC to be at the top at this stage of the season with 2 goals and 1 assist. 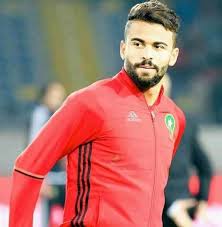 He has distributed 6 assists so far in the league, he is one of the most creative players in the entire competition. He is expected to produce or be involved in at least 1 goal in the next two games. 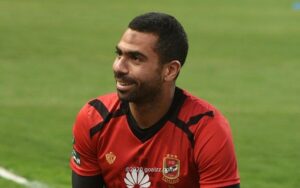 At his 40 years of age, he is one of the most productive players in the league, he has managed to score 7 goals and 1 assist so far in the championship, having great influence in the Al Sadd team. 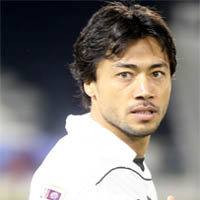 At 20 years of age and despite not having as many minutes as the rest of the players in this selection of players, the U23 with Qatar scores an average of 0.49 goals or assists per 90 minutes and is one of the future stars of the country . 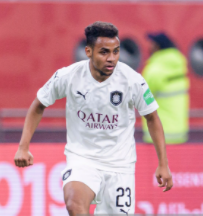 He is a versatile attacker who can play both as a winger and as a forward. So far in the championship, the attacker has a great “Offensive Productivity Index” since he has scored 5 goals and 1 assist. 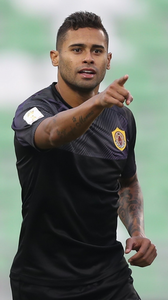 He is a forward with experience in important leagues like the Spanish one. He has currently scored 10 goals in 16 games, which is half of the goals scored by his team, with an average of 0.68 goals per 90 minutes. It is expected that in the next game he will participate in at least one goal. 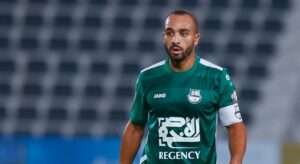 After an exhaustive analysis, we have been able to obtain the 11 most profitable line-up of the Qatar Stars League,  despite having low market value, these players are performing at a level above their value and showing that the Qatar Stars League is not only nurtured from stars with past experience in major European leagues and international competitions, but it also has high-level players who can perform perfectly on any stage despite their low market value. 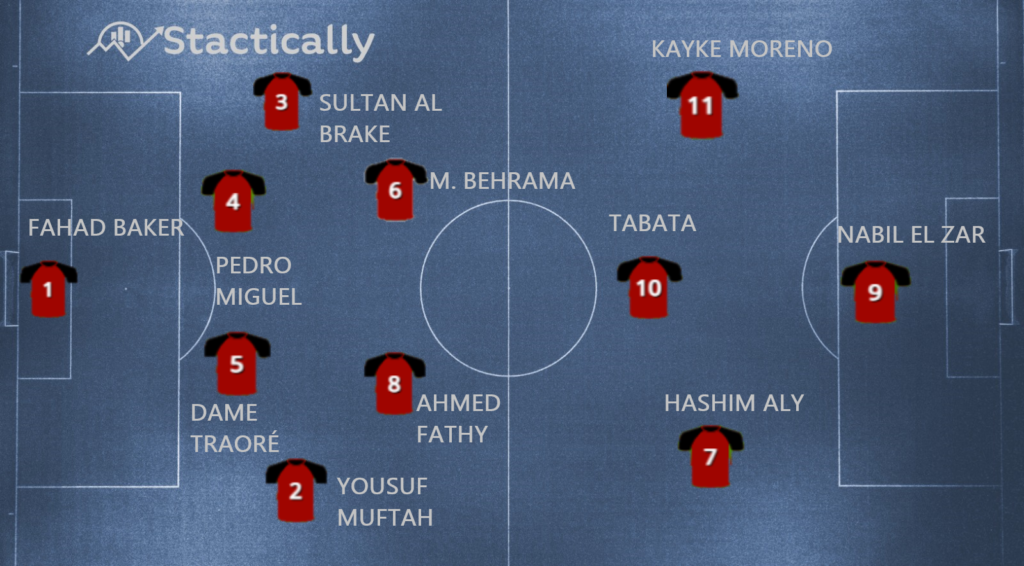