On the last day of the market, Atlético de Madrid signed Antoine Griezmann after two seasons at FC Barcelona. This signing has filled the Colchoneros with enthusiasm as they see how their team is gradually becoming one of the 5 biggest in Europe under the guidance of their coach, “Cholo” Simeone, who has requested the signing of the Frenchman in order to have a better chance of retaining the league title. 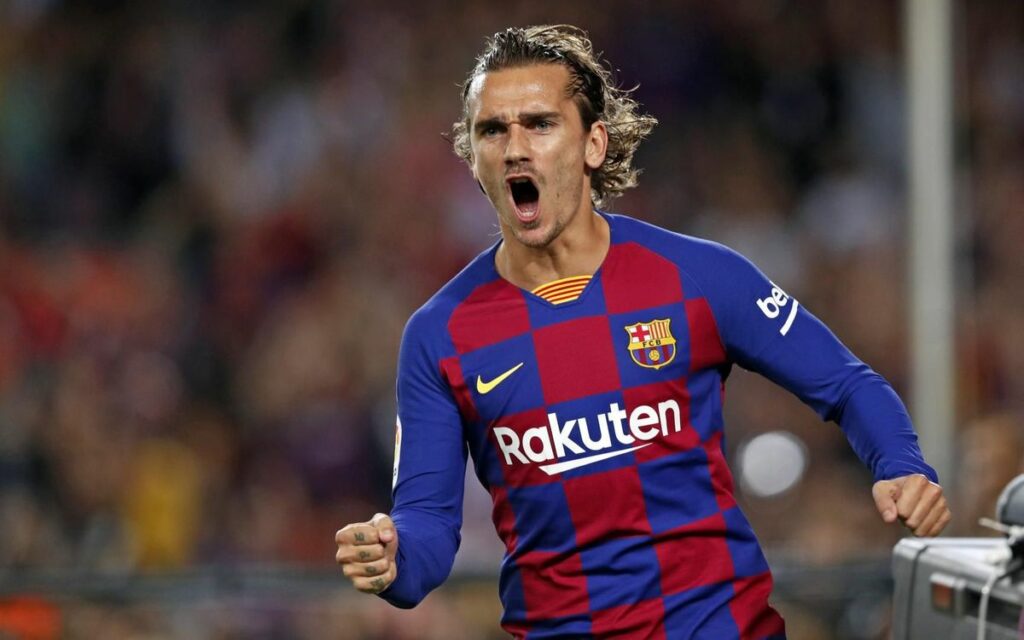 It is useful to remember or analyse the most outstanding numbers of the French star during his time at “Barça” in order to be able to draw conclusions about his effect on the collective game both in attack and defence. To carry out this analysis, we will focus on the league numbers for the 2020/2021 season as we will be able to analyse factors such as regularity in the championship

Of these goals, 11 came from somewhere in the box while 2 of them were scored from outside the box.

His numbers tell us that he scored an average of one goal every 202 minutes and had an 18% conversion rate.

Another positive point about Griezmann at Barcelona is the Frenchman’s ability to link up with his teammates. This is an ability that makes him stand out above the rest in the number of shooting chances created, as he is the player who created the most shooting opportunities for his teammates (88) behind Leo Messi (241).

Defensively, Griezmann has always been presumed to be a very self-sacrificing player, so his numbers in this area are positive.

His numbers highlight his great ability to intercept the ball thanks to his capacity to win duels over the top (53% success) and underneath (57% success).

He was the FC Barcelona attacker who made the most tackles in the defensive third while he was also the third player in the team who put the most pressure on his opponents only behind Pedri and Busquets, although it should be noted that his pressing was slightly more effective than Busquets’ as the Frenchman had a 31.4% success rate in pressing and the Barcelona number 5 had a 31.3% success rate.

For football fans, Antoine Griezmann did not stand out as much as he did at Atlético de Madrid and that is why we are going to compare his tactical behaviour at both FC Barcelona and Atlético de Madrid. We will be based on the general parameters and positioning of the player in different areas of the pitch both in his time at Barcelona (2019/2020 and 2020/2021) and in his years at Atlético Madrid (2014-2019).

During his time at Barcelona, Griezmann has been able to work with 3 different coaches. The tactical schemes and ideas have varied and the Frenchman’s role in the creation of the organised attack has been as follows:

At Atlético de Madrid he established himself as a world-class player. “Cholo” Simeone was able to adapt the Frenchman perfectly to his scheme, enhancing his virtues as an associative attacking player in the opposition third. Simeone gave him a certain freedom in attack, Griezmann generally played alongside another “9” and had absolute freedom (especially in his later years) to move and associate inside with players like Koke, Saúl, etc.

The biggest advantage of this role was that due to the quality of passes he received from Koke, Griezmann occupied the central space allowing the wingers to gain height on the pitch and supplied Carrasco with good passes into space.

Moreover, Griezmann could play as a winger or on the right wing in the 4-1-4-1 formation. In this system, the Frenchman had the possibility and freedom to sometimes leave the flank to go into the middle and combine with the inside players or other attackers. The great advantage for Simeone in this section is that the Argentinian coach is characterised by having a certain predominance of playing with quite attacking full-backs, therefore, the Griezmann factor and his ability to leave the wing and associate with the rest of his teammates, allowed the full-back on his flank to gain height in the whole lane adding one more player in the attack.

It is clear that Griezmann has evolved a lot in his game since Atlético de Madrid signed him from Real Sociedad. Lately, he has stood out as an associative attacker with a great capacity to generate space through runs or balls into space to his teammates and then arrive in the second line to finish the play. We have seen that the more he touches the ball in the opposing field, the more his performance increases as he is a player who constantly wants to be part of the game.

We predict that Simeone will give him the freedom to move in the final third of the pitch in order to exploit his qualities to the maximum, leaving Luis Suárez as a reference point up front to finish the play in goal. Atletico have strengthened their squad in a great way with this signing, which puts the icing on the cake for “Cholo”.